Righteous, ‘Cause :: The ‘Michelle Alexander’ Remix 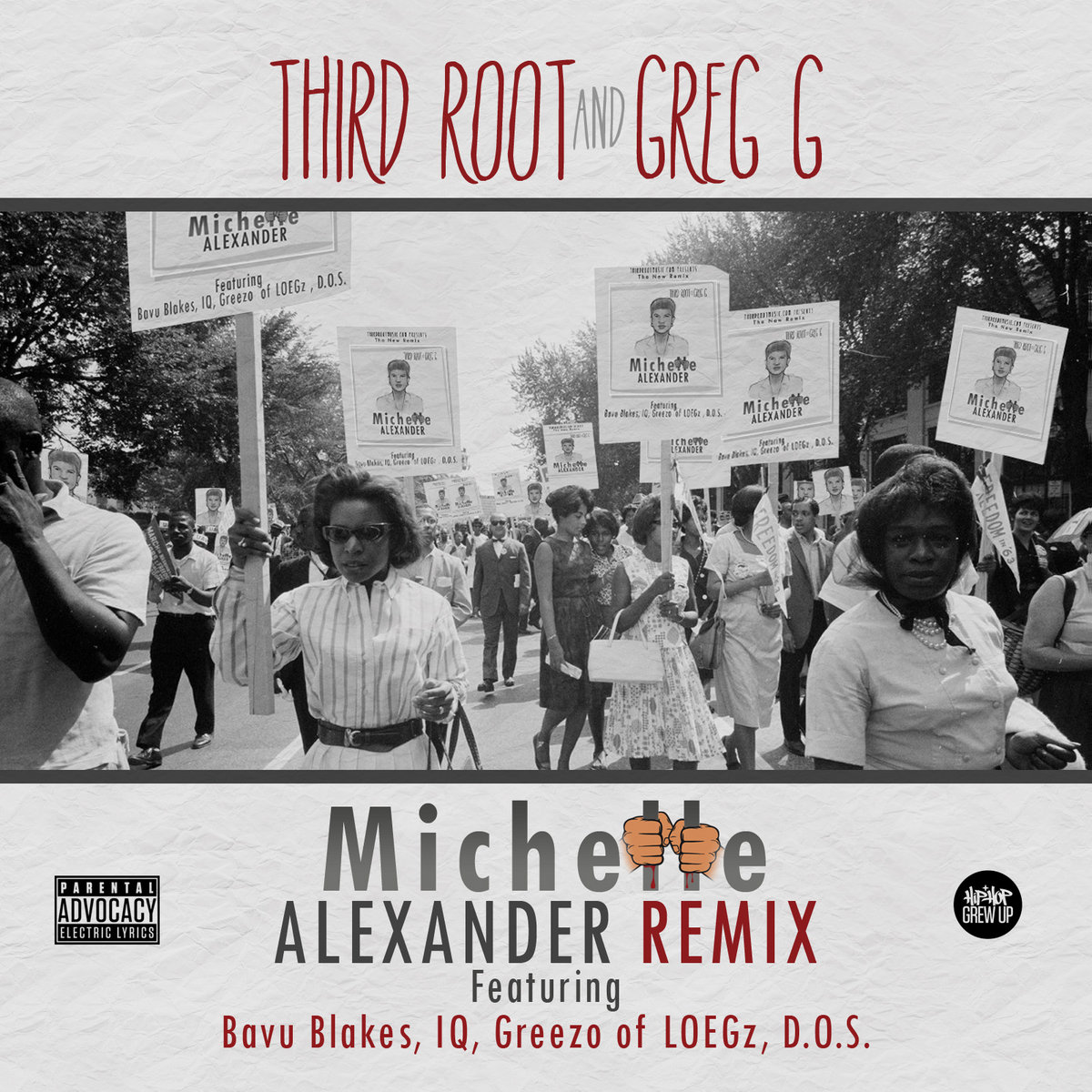 from the digital desk of Third Root:

‘Even though some of the content of this remix speaks critically to current events, the ideas and conversations that went into producing and writing this song took place before the Ferguson, Garner, and Brooklyn tragedies.  The insight of the poets involved is honest, revolutionary, and seemingly prophetic.  This remix is a FREE download.  The original version of Michelle Alexander was inspired by Alexander‘s book The New Jim Crow and appears on Third Root and Greg G‘s 2014 album Revolutionary Theme Music.’