Rise Above :: Mirage The Gr8 Drops ‘Level Up’ Video

My continued working relationship with Mirage the Gr8 has really and truly been beneficial for both parties.  Mirage gets to see his ideas come to fruition, and I get to sharpen my tools as an editor.  One of the pieces of work I’m most proud of is Level Up, a collaboration between Mirage, Terrence ‘Side Effect‘ Wood and Chip Lurk.  Originally, this video was meant to be exclusive content for an upcoming project we are working on, but in spite of everyone practicing social distancing and staying home, Mirage figured that now was the time to drop the video.  All parties involved are proud of this work, so definitely check it out, leave a like and a comment, and spread it around for others to do the same. 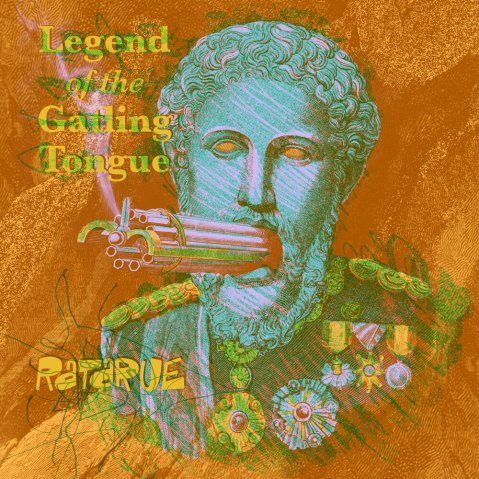 From the digital desk of RATARUE :

‘This is an album almost 3 years in the making.  I wanted a signature sound.  I feel that I have accomplished this goal.  This album contains no samples, although I love sample based Hip Hop.  When younger, I went to private school and was adamant about taking Violin and later the Viola lessons.  I loved the tone of the Viola.  The process of this album involved me digging for Music Theory books, much like I did vinyl records, looking to find what I thought the greats might have studied, for example Quincy Jones, Berry Gordy, John Coltrane.  My Hip Hop formative years were the 90’s and in that era it was the goal to push oneself and the envelope of the art form, in order to bring something to the table, culturally.  In keeping with that tradition of pushing the boundaries and one’s self, I made some discoveries.  With research and diligence, plus having made music with some amazing creatives in the “Live Music Capital of the World”, as well as patience, I feel that I have been enabled to think outside the box and create music that is eclectic as my upbringing in Austin, TX and my personality.

This album is an introduction into my new production style but encapsulates rhymes of the past.  It is exactly ten years since my first studio project.  This is not an anniversary album, by any means.  I have made strides lyrically and will be combining the Musicality shown on this project along with my new rhyme style and approach on a full length album, now in early production.

Legend of the Gatling Tongue is also my first independent vinyl release!

I am older now.  I am now dealing with thoughts on mortality.  For what it is worth and for someone who feels that Hip Hop is not only a Musical art form but a culture, I worked hard on this album, knowing it is part of my life legacy.’

Check out the project and share it around, and always support your local creatives!

The way that the internet has made our massive world figuratively ‘smaller’ has allowed for collaborative possibilities that, even a generation ago, could not have existed.  The story of the EXOCIETY collective perfectly illustrates this, as the ultra-talented Austin-based MC known as Scuare has shown us.  About a decade ago, he connected with non-Texans Rav and Kill Bill over the website Newgrounds, and a bond was formed that has lasted despite proximity and time.  With each member growing and the world changing drastically since their inception, it makes sense that SKIN would reflect this range of change, despite it’s semi-short runtime.  Each member provides production, along with fellow collaborator Gold Midas, on the project, which takes a deep dive into the realms of creativity and sonic exploration.  I could throw a bunch of adjectives around, but this one deserves a direct listen, as it is quite gripping.  Check it out on Bandcamp or your favorite streaming service, and spread it around for others to do the same.

We’re only two tracks in, and I’m already championing BoomBaptist‘s upcoming release, Boom Shakalaka.  After the pleasant introduction provided by Razzle Dazzle, we get a completely different look from the follow-up single, Shattered Backboard.  After a high energy, sample-laden collage of an intro, Boom drops a clean beat-flip and repurposes the main intro sample while texturing drums, synth and other sprinkles of samples around it.  If Razzle Dazzle was a warning shot, then Shattered Backboard is a line in the sand, firmly stating that you’re either rocking with this upcoming gold, or you’re planning on missing out.  Check out the new single and hold tight, because in slightly less than a month, Boom Shakalaka touches down.

Rising Above :: J-Kline And D.D.I. Drop ‘Feet Above Water’ Video

The constant discovery that being a blogger provides me is truly a gift that keeps on giving.  Luckily, I’m blessed enough to know so many talented people that I’m never at a need or want for content, but every once in a blue moon, I like to step outside of the circle.  This go-round, I discovered J-Kline via the I Support ATX Hip-Hop, Do You? group, specifically his collaborative video with guest vocalist D.D.I. and producer Wave titled Feet Above Water.  Director Tommy Kastro caught the collective in a very straight-forward, candid manner as they drop science about keeping your eyes on the prize over Wave‘s bouncy and driving production.  The track is a solid piece of motivational and inspirational art about being aware of the both purposeful and accidental trappings that present themselves to an artist on the rise.  Definitely check it out, leave a like and a comment, and share it around for everyone to experience.

I try my best to keep an eye on what my creative peers are doing, especially when they step outside of what they’re traditionally known for, and I always enjoy it when I see someone start to carve a second or third path for themselves.  Click-Clack has been talented since the day I met him, but over the years I’ve gotten to see aspects of his personality shine that I respect deeply.  As a native Austinite like myself, I know that he cares deeply about the scene and how it’s both represented and presented to the public at large, and it’s brought the influencer vibes out of him in the form of strongly curated and frequently updated playlists, complete with customized artistic thumbnails.  For Austin Rap Current, the roster of Austin-based talent is deep and diverse, including a handful of folks who have received recent shine on this blog.  Check out the playlist, give it a follow, and keep an eye out for other playlists that Click-Clack curates. 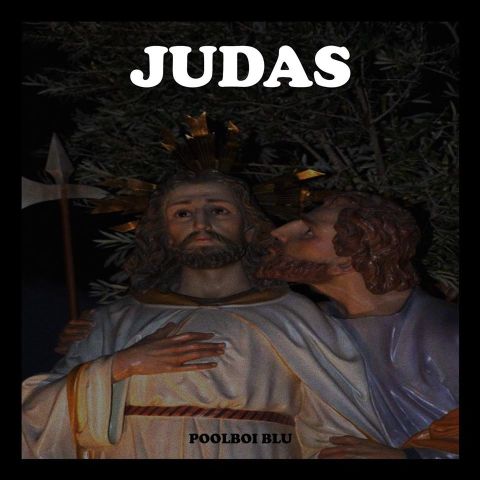 I’m starting to think that poolboi blu has an endless supply of tracks in the chamber, and he is basically just sitting on projects while the rest of us are drumming up ideas.  In the midst of dropping multiple projects in the past 18 or so months, working with artists like SiCk tHots, dropping s i n c e r e RADIO mixes and selling beats, poolboi is also adding to his own catalog continuously.  The latest track, Judas, plays like a spell he is casting on the listener, with his chant-like verse echoing personal reflection and dropping metaphors on separating from the pack.  The track is currently up on streaming site, so check it out, throw it on some playlists and share it with your friends!

Chief and TheDoomsdayDevice
Blog at WordPress.com.