Baby Lion is keeping it moving right along with a new episode of Protextor‘s amazing series, Rappers Playing Games (RPG).  For this edition, Austin hip-hop scene member and proponent Cort Sikes stopped by to challenge Protextor to a game of Super Mario Kart on the SNES.  Cort reminisces on his entry into the Austin hip-hop scene via the Texas Battle League and the peers he met along the way, his introduction to Protextor via the Austin Mic Exchange (AMX), and more, all the while dropping knowledge on the local culture and which racers run the Mario Kart tracks.  You already know the drill with this series… like, comment, share and subscribe!

Way before Rappers Playing Games (RPG) and Baby Lion were a thing, Protexter was paying dues weekly at Spider House Ballroom with Austin Mic Exchange.  It took more than Protextor, however, to make that happen, and one of the key cogs in the machine was N∆TE, the self-proclaimed Casey Jones of the rap game, Austin or otherwise.  It makes it doubly fitting, then, that he would stop by to discuss his upcoming release The Ballad of Casey Jones over a session of Teenage Mutant Ninja Turtles and Teenage Mutant Ninja Turtles II : The Arcade Game.  Check it out, because you already know what you’re getting when Baby Lion is behind the content.

If you’ve ever been in need of true inspiration, Austin-based MC Feral The Earthworm is someone you need to look into.  He started off on the scene as a standout among the many wonderful MCs that frequent Austin Mic Exchange, and he was as brutally honest as he was talented.  You knew right from the beginning that he had a vision, and to see this vision manifest has been incredible.

After a DIY tour with Weird City, Feral began the process of eliminating bills and rent from his life in an effort to maximize doing what he loved, which was making music and performing shows.  What began as an idea has turned into his Vanarchy album and his Vanlife movement… he turned an empty van into a living space and a recording studio, and went straight to work on releasing the Vanarchy project:

If this doesn’t inspire you to chase your dreams and say f-ck it to any obstacle in your way, I don’t know what will.  Mad props to Feral the Earthworm, and here’s to all of the well-deserved success that will hopefully come your way.

Austin Mic Exchange has literally been a factory of growth, productivity and exposure for a large handful of up and coming Austin based hip-hop artists, and for a select few, it has been the key factor to taking bigger steps and making moves.  One of that select few is Scuare, a cat who came in day one with amazing skills.  After collaborating with no1mportant to create the incomparable …&more…, Scuare has stepped back into the solo realm to drop a new project, Alphabet Soup.  I expect nothing but thought-provoking rhymes, awe-inspiring performances and the want for more music almost immediately after diving into this one… hopefully the rest of you take the time to grab this project, share with others, and as always, support local.

I remember when willing was just showing up at the Austin Mic Exchange and other local hip-hop events, hungry like all of us are, and trying to find his place in the scene.  At first, he had a rapid fire style that was wonderful rich with poetic and referential textures, but over time, willing has honed his style into a very direct approach… well thought word choices and placement, and exploration with lots of depth.  Closed Set, a recent collaboration with producer AO, is a two song streaming set with 6 additional tracks available when downloaded.  Give willing and AO a listen, a share, and some support.

Dig It :: ‘Unit – E’ Now Available From Feral The Earthworm

There really aren’t any Austin wordsmiths out there quite like Feral the Earthworm.  From his first days at Austin Mic Exchange, this fellow has approached hip-hop with such a fierce dedication to wordplay and honesty that it can be downright moving to witness.  Unit – E finds Feral letting it all hang out.. recounting moments of the past few years that have shaped him into the man he is today.  Definitely worth your time.

In the name of making a brand out of Weird City Fest, the genius minds behind Austin Mic Exchange have decided to hit the road with a handful of their favorite acts.  There will be several stops made around the state of Texas, with the goal being bolstering each city’s local hip-hop and creative scene while promoting Weird City as an entity to be celebrated yearly.  DJ Burnzy took a number of tunes from the artists on the tour, added some of his expert turntablism, and the result is Weird Star State Tour – The Soundtrack.  Don’t sleep on this, or the stop this tour makes in your town.

Question Everything :: ‘Existence Is Existential’ Now Available From …&more…

Austin Mic Exchange has been a breeding ground for lots of new hip-hop talent, and it has been a perfect place for networking.  Existence Is Existential is the physical proof of those facts.  …&more… is comprised of AMX mainstays Scuare and no1mportant, and this album shows them flexing much collective muscle.  Show these cats some love by dropping a few bucks and spreading the word about this project.  Here’s to hoping this is the beginning of a fruitful collaboration! 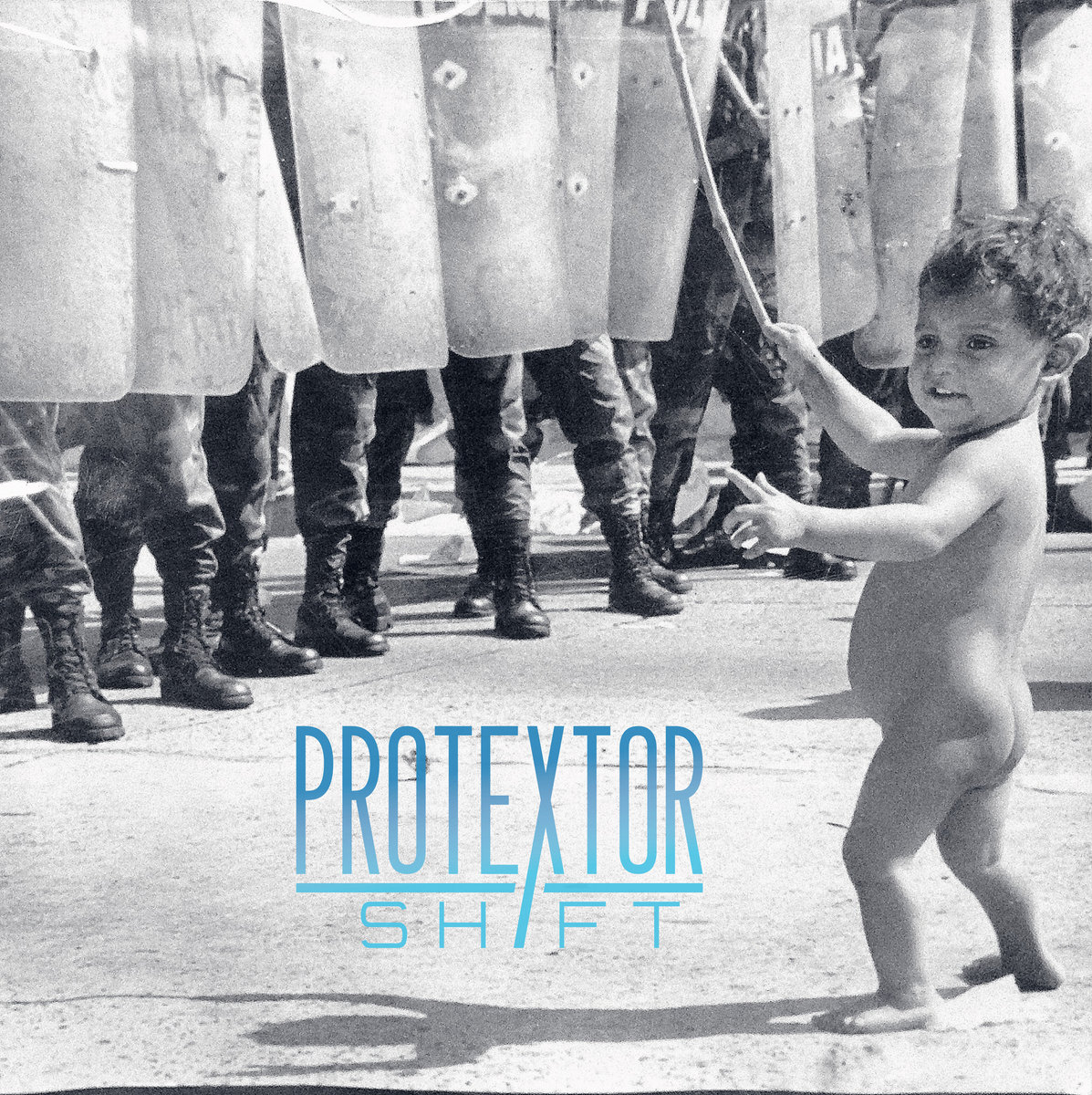 Protextor / P-Tek of Austin Mic Exchange and Miss Manners of Hip Hop Hooray have a message for you.  I say support that message.