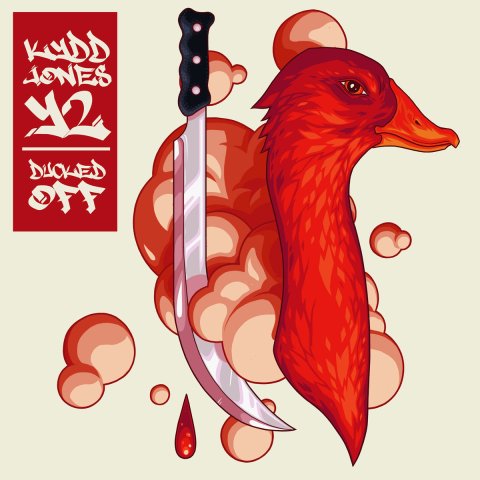 It feels like I say this most every post I make about Kydd Jones, but it really only seems like a matter of time before he starts making noise on the next level.  As 2018 was wrapping up and people were focusing on 2019, Kydd kept his track record of consistent, quality output going with a final single in the form of Ducked Off.  The beat itself, produced by Kydd, is sick as hell, and Kydd drops bars oozing with swagger on top of it, creating an ominous sound that has only previously been hinted at in his music.  With each release, Kydd is sounding more and more like the seasoned veteran that he has shaped in to.  Cop this one, preferably with a donation, and spread it around so that it gets all the play it deserves.

This entry was posted in General Information, ShuffleCast, Spotlight, The Good, The Bad, The Ugly, Underground Me Now and tagged austin, chief, ducked off, hip hop, kydd jones, LNS, the doomsday device, y2. Bookmark the permalink.