The way that some experience the world is so unique that those confined to the standard experience may never fully comprehend the difference.  It seems that Austin-based producer more eaze, for example, is one of those kind of people that hears music outside of the realm of instruments.  Be it the sounds of nature, the sounds of machinery, the sounds of humans inhabiting space, or in the case of #1 Fan, the sound of multiple portable fans arranged into a composition, more eaze is able to arrange his experience into recordings that can open up our minds to new ways of perceiving our surroundings.  This particular recording, due to its avant-garde nature, ended up being shelved for six years before more eaze finally decided to give it a run in the public sphere.  If you’re in to ASMR or the experimental, this one is oddly soothing, even when the machinery gets dissonant at times.

Austin-based experimental folk artist More Eaze seemed to spend much of last year making efforts to branch out and explore new ideas, new roles and new connections.  After a handful of releases to round out 2017, More Eaze has opened 2018 with the creation of a new record label, Hard Fun.  Strictly digital (for the moment), the label’s initial group of releases shows a solid diversity right out of the gate.  Dane Rousay‘s of SIRI is a free-jazz experimental monster… Bear Club‘s Waking Up The Light covers the pop and indie rock spectrum… and two collaborative efforts from More Eaze (a split with real life rock and roll band and a pairing with Derek Rogers) round out the inauguration day catalog.  Knowing the love for music that More Eaze has, I am excited to see what comes of this label.

In the words of more eaze, this is ‘good rainy/gray day music. lo-fi folk songs and a side long dreamy electronic track’.  That description pretty much hits the nail on the head for this one… it’s a beautiful trip through a low-key landscape that drops you off in the middle of an electronic playground.  unnatural_light. is distributed by San Antonio-based Rat Tail Tapes, a distribution house that specializes in releases that push the boundaries of sound exploration.  The limited edition cassette tape is available for order, and the tunes are available to listen to online as well, so do yourself a favor and do so.

Who knew that, out of all the genres of films I love, all the years I’ve dedicated to learning the craft, that the only thing I can apparently make are spooky movies?  What started simply as an idea of the visual of an abandoned home with a grossly outdated printer that kept producing cryptic messages has turned into something tangible that I can be proud of.  HELP ME essentially put itself together… it was one of the most uniquely organic projects I have ever worked on.

Thank you to Delano Taylor, Kelsey Huckaby and Colton Ferguson for believing in the vision and turning words on a page into characters an audience can connect with.  Thank you to David Marrs for always being supportive, and for allowing us to use a location that became the true star of the show.  Thank you to Soda Diet and More Eaze for allowing the use of your music… it brought an entirely new degree of engagement to the project.  Thank you to Steve Jones for jumping in on the project and earning an upgrade from script supervisor credit to producer credit… you brought some good stuff to the table.  Thank you to the Lost River Film Festival for allowing us to submit, and for granting it Honorable Mention status.

And thank you to you, the individual who will hopefully watch it, share it, like it and leave a comment.  The project was made for the YouTube faithful, as I have been among your ranks for years now.  Here’s to many more coming, and here’s to bigger and better projects in the future.

From the digital desk of Self Sabotage Records:

‘Prolific performer, composer & producer More Eaze (aka Marcus Maurice aka Marcus Rubio), via Self Sabotage Records, presents his latest collection, bodiezNc0de, a combination of pop-oriented songwriting, process/generative compositional techniques and careful production.  Simultaneously guarded & open, More Eaze’s personal lyrics address subjects as varied as the abstraction of the body, the resilience of forms and even the political disagreements between parents & their children.  The music mirrors the subject matter, its emotive melodies complemented with warm strings, rhythms both languid & insistent, juxtaposed with & sometimes broken up by a variety of electronic jabs & waves.’

Austin, for what it’s worth, has built itself a respectable scene for electronic producers and musicians.  For most any shade of that spectrum, you can find someone to represent your tastes.  Enter more eaze, a self-proclaimed producer of ‘collage based work and the deconstruction of song forms’.  This is definitely a lofty and unique title, but on w0rk, we find that more eaze is quite capable of standing up to the gravity of the title he has appointed himself.  This work falls somewhere between Brian Eno, Matmos and Captain Beefheart, all run through a digital strainer.  If you’re looking for something to change your way of thinking about music, this is not a bad place to start. 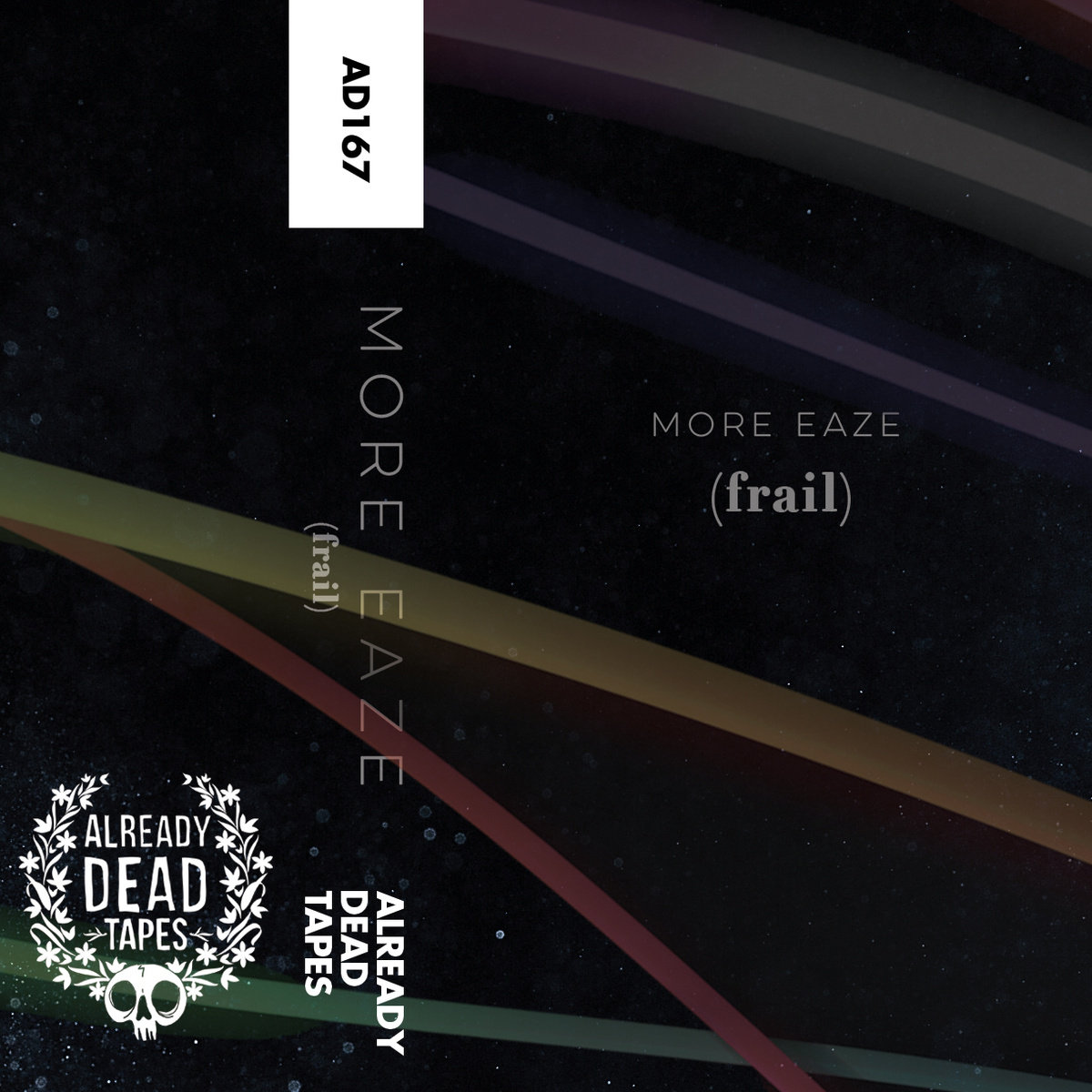 from the digital desk of More Eaze:

‘More Eaze’s (frail) is a strange album.  For anyone interested in underground experimental music being released on cassettes in limited editions by a non-commercial label, that may seem like an empty statement.  But no, I’m telling you, this is a STRANGE album.  This release successfully combines experimental soundscapes and pop songs, sometimes juxtaposed, sometimes intertwined, but always unfolding before the listener at whatever pace More Eaze has deemed necessary, sometimes to unorthodox lengths.’

Worth your time, for sure.  Give it a listen, a share… you know the drill by now.