Who knew that, out of all the genres of films I love, all the years I’ve dedicated to learning the craft, that the only thing I can apparently make are spooky movies?  What started simply as an idea of the visual of an abandoned home with a grossly outdated printer that kept producing cryptic messages has turned into something tangible that I can be proud of.  HELP ME essentially put itself together… it was one of the most uniquely organic projects I have ever worked on.

Thank you to Delano Taylor, Kelsey Huckaby and Colton Ferguson for believing in the vision and turning words on a page into characters an audience can connect with.  Thank you to David Marrs for always being supportive, and for allowing us to use a location that became the true star of the show.  Thank you to Soda Diet and More Eaze for allowing the use of your music… it brought an entirely new degree of engagement to the project.  Thank you to Steve Jones for jumping in on the project and earning an upgrade from script supervisor credit to producer credit… you brought some good stuff to the table.  Thank you to the Lost River Film Festival for allowing us to submit, and for granting it Honorable Mention status.

And thank you to you, the individual who will hopefully watch it, share it, like it and leave a comment.  The project was made for the YouTube faithful, as I have been among your ranks for years now.  Here’s to many more coming, and here’s to bigger and better projects in the future.

With each drop, Delano Taylor continues to solidify his position on my list of favorite producers ever.  The variety of sound that he can bring from song to song is inspiring, and on swimfan, he manages to throw some variety from section to section within a single song.  This is another one of his tracks that sounds as if it belongs in a film… one day, that’s going to be the case, and it may not even necessarily be one of my films… Delano Taylor is that good.  Download this one, throw him a buck or two if you can, and share it with everyone who has ears.

Another one… my man Delano Taylor is a machine when it comes to the dope tracks.  I’m 95% sure that he’s trashed or forgotten about more bangers than the majority of us have made in our entire production lifespan.  One of my favorite aspects of his production is the variety… for every upbeat, hyper track, you get a mellow, contemplative, calculated one.  It all helps keep his sound extremely balanced and diverse.  Late Bloomer may contain a handful of familiar elements, but the juxtaposition of these elements and the way that they dance around one another (on a track that is minimal enough to give them the space to do so) is on point.  I am definitely looking forward to the new wave of releases that Delano Taylor has in store for us.

Beatsmith and DJ extraordinaire Delano Taylor (better known as Poolboi Blu), has been on a serious upswing these days.  He’s been booking mad gigs in central Texas, and from what I here, he’s priming some dope new music to unload on everyone over the course of the next few months.  Obvious Propaganda caught up with him for their Public Interrogation series at his recent Scratchouse set to talk about his upcoming future.  Check it out, and make sure to keep an ear out for more Poolboi Blu action.

One of my favorite local musical discoveries of the last few years is beatsmith Delano Taylor.  I am not sure which quality this young man has more of… talent or humility.  He is never hesitant to speak on his music, but Delano tends to speak on his output as if it were run of the mill.  The beautiful thing about Chocolat is that these are songs that were initially ‘skipped over and neglected’, but together, they make a wonderful way to spend an hour of your life.  caged bird sangs is a personal favorite of mine.  Hopefully, I can offer my music video services to Delano in the near future and help visualize some of this ear candy he keeps doling out.

Shared Vibes :: Omenihu’s ‘All Vibes Matters’ Gets Love As It Spreads Love

You’ve gotta be open to the universe and the signals it sends you, because you never know from which direction the love may come.  Austin-based rapper Omenihu‘s latest release, All Vibes Matter, is a prime example of this, as it recently was shown major love by the blog curators over at OkayPlayer.  The song is dope, the video has a nice aesthetic to it that will make it hard to place its direct timeframe when it’s rediscovered way down the line, and a co-sign from the homie Delano Taylor on Facebook doesn’t hurt either.  I really enjoyed this song… a nice positive button for the end of this trying year.

Delano Taylor continues to make some of the most moving music out there, independent or label artist.  His approach is deceptively simple, but I believe it is the way he uses familiar elements in original ways on top of his at times sparse (but always perfectly balanced) production, so that when it builds or changes, you’re invested in the journey.  cloudy w/ a chance is another sonic suite composed of several movements, with one of the most adorable cover photos ever as a complete compliment to the music.  Very good stuff.

Never let it be said that Austin hip-hop lacks depth.  The latest to provide a gem to the continuum of creation is DDotElles, who connected with director Carlos Pagan to create the meta-documentary efa.

The beauty of this project was its ability to mix sincerity with deeply sarcastically dry humor.  DDotElles has always been appreciative of film (as myself), and the ability to tell this story deeply reflects that.  Echoes of Spinal Tap, comedian Steven Wright, The Real World and more are immediately apparent.  The jokes land sharply, and DDotElles skill and passion are captured.  The home Delano Taylor is also showing some nice comedic chops as well in a wonderful guest appearance.

If there were an award for most humble super-producer in the central Texas area, Delano Taylor would be a candidate.  The soft-spoken nature is fitting, because his music speaks volumes.  Recess is another growth step, in the vein of his progression seen on Fine Dining… & Breathing, with the difference being the divine balance he finds between spacey (room to breathe) aesthetics and body moving rhythm.  At this point, I cannot wait to hear what the next full-length project will be like. 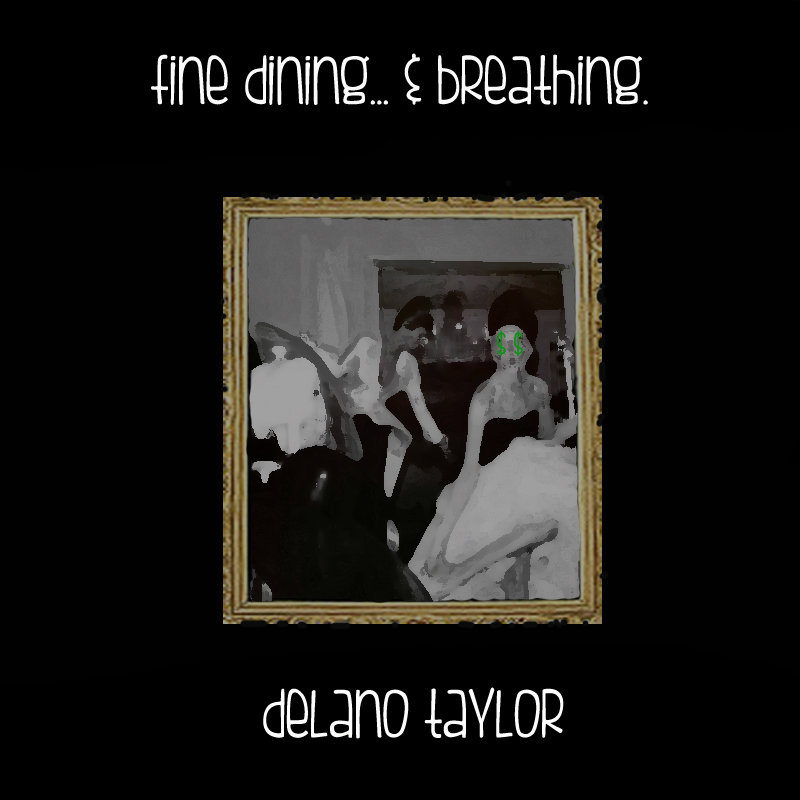 My introduction to DeLano Taylor was via DDotElles and his recent batch of creative output.  While Elles is truly a gifted lyricists, it was equally impressive hearing the production he chose to rap over, and Taylor‘s music was definitely standout quality.  Fine Dining… & Breathing is a testament to the fact the Taylor‘s music can hold its own, without MC accompaniment.  This project is definitely worth your time and your download, and the word should be spread far and wide about this music.