Open World :: Jonny Jukebox Exceeds All Expectations With ‘U > EVERYTHING ELSE’ Release

The Rollout :: Ryan Darbonne And Company Present ‘I AM TX’

I can’t lie, I’ve been waiting for this day for a long time, and have been very excited to share it with the world.  For those who know, they know the wheels of entertainment turn a bit slower on the film side, so after a successful production, an impressive run at the film festival circuit, and a bit of unplanned time on the shelf due to COVID-19, it brought me great pleasure when Ryan Darbonne let all of the I AM TX cast and crew know that the film was finally ready to share to the world.  It stars the multi-talented Jonathan K. Horstmann from BLXPLTN, Urban Heat and much more, Pleasure Venom lead singer Audrey Campbell and myself, and featured the talents of many Austin-based members of the film scene.  We’re very proud of what we made, and even prouder to share it with everyone, so please take a moment to check it out, and if you feel inclined to do so, let us know what you thought and share it with others.

My good friend Nick Hanover, the driving force of the popular Austin music and culture blog OVRLD.com, has some of the best taste in music of anyone that I know.  For anyone with doubts, his newly created Mixcloud channel serves as proof of this fact.  So far, All Night Fever 9/20 has been my favorite episode, with its focus landing squarely on the wide range of punk-influenced music from the Austin area.  The playlist is diverse, with classic bands like Big Boys, Scratch Acid, The Dicks and Butthole Surfers sharing time with newer acts like Pleasure Venom, BLXPLTN, Meat Belt, Institute and much more.  If you like irreverent, loud music with a message that’ll get you charged up, look no further than this mix.

With so much uncertainty in the air in regards to what live performance will look like moving forward, and a temporary halt on the traditional methods, artists have been forced to be creative in order to establish some sense of normalcy.  Recently, the Austin-based punk outfit Pleasure Venom paid a visit to Wolfshied Ranch to document a 4-song power-packed set.  The set is split between the single Hive, the album cut I Can’t Find My Black Lipstick, and two previously unreleased tracks : White Lie and Fascist.  The visual style is old school in the most delightfully entertaining ways, and if you’re not paying direct attention, you’d think you were listening to studio recordings with how tight the band’s performance is.  Dig the full session or one of the individual videos, leave a like and a comment if you feel it, and share it around so everyone can do the same.

Pleasure Venom has been on a monstrous run over the course of the past year or so.  They hit the ground running in 2019 with an album release, a handful of music videos and a supporting tour with Garbage, and they don’t appear to be stopping things anytime soon.  Their video for Hive, directed by singer Audrey Campbell and drummer Thomas Valles, is a seemingly innocent single shot ‘day in the life’ style video, but as we all know, looks can be deceiving.  Check out the video, give it a like and a share, and leave a comment to let them know you’re supporting this run!

Pleasure Venom is the kind of band that makes sure they leave a lasting impression with everything that they do.  They blazed a trail with the power of their live show, and their recently released self-titled EP help solidify their talent, but it’s been the world of music videos where they’ve really stretched their wings.  Their win streak continues with Deth, where Audrey Campbell and her crew (including my good friend G) show that it’s ok to embrace being yourself, no matter what society thinks (and no matter how hard they try to let you know it).  Check out the video, give it a like and a share, and leave a comment if you want to let the band know what you think! 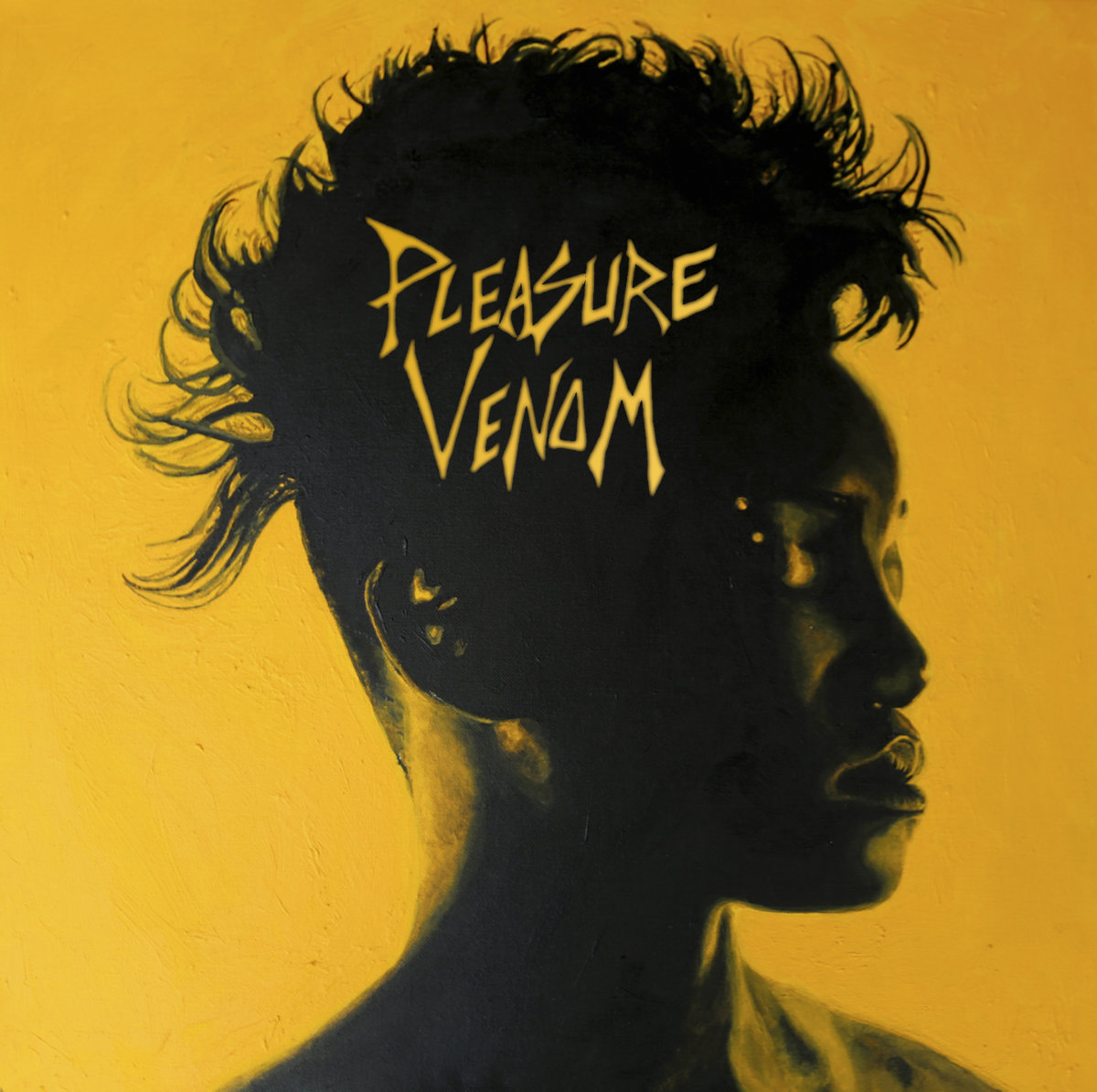 Austin-based post-punk outfit Pleasure Venom continues to blaze a trail towards big things with the release of their recent self-titled project.  Their sound has always been immediate, in-your-face and powerful, and Pleasure Venom captures every bit of that energy and then some.  The music is mixed powerfully, lead singer Audrey Campbell‘s performances are on the money, and the cover art by Dawn Okoro is powerful in its simplicity and stark nature, as if to add an air of respect and honor to the music that cannot be ignored and must be acknowledged.  If this project doesn’t shake some cages and put them on the map then I don’t know what will, as they’ve been making all the right moves as of recently.  Definitely check this one out, share it around and support the band via a purchase if you can, because every little bit of exposure and compensation made helps.

Being cast for the upcoming indie short film I AM TX has been the gift that keeps on giving.  Not only did it enrich existing friendships, I’ve gotten lucky enough to make new ones that have been mutually beneficial.  Getting to know Audrey Campbell of Pleasure Venom has been one of the most inspirational results of that bit of luck.  Pleasure Venom was in the midst of a transition during the film’s production, with a goal of hitting a newly renewed stride in the months following.  Fast forward to now, and Campbell has a handful of music video director credits under her belt, including the recent These Days, which was premiered by AFROPUNK.  The video is a straight forward affair for the most part… dark field, beat down surroundings, immaculately dressed band giving you the musical business, and Campbell overseeing the entirety of events like a boss, plus cameos from Dawn Okoro, Asha Lanae, and Gerilyn Hayes.  Drummer Thomas Valles pulled double duty as well, both performing in and editing the video.  Things really get interesting in the alternate, VR version, however, an achievement in its own right :

Being literally surrounded by Pleasure Venom is definitely a memorable experience.  I look forward to supporting them further, sharing more of their work, and watching them rise to new heights.

As a working, touring band trying to get ahead in an over-saturated game, there is a sense of accomplishment to be felt whenever you complete a creative endeavor such as a music video or an album.  At best, you hope that your blood, sweat and tears are recognized by a handful of appreciative folks.  Sometimes, as in the case of Pleasure Venom and their newest video/single Seize, you put in that work, and then a publication like Afropunk gives you props and posts about it, giving you a bit more incentive to keep doing your thing.  I’m happy for Pleasure Venom, as it’s always nice to see those that deserve recognition get it.  They’ve been on quite the tear closing out 2017 and leading into 2018, so give the video a like and a share, drop a comment, and subscribe to the channel for all of the latest Pleasure Venom haps.